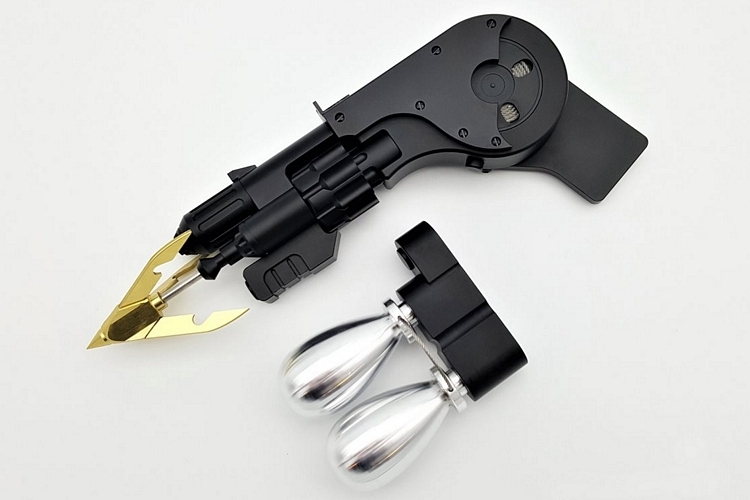 Whether it’s movies, comic books, video games, or animated shows, every version of Batman we’ve seen has always relied on a few core items, namely the Bat-Belt, the Batarang, and his grappling gun. Those gadgets, along with his suit, cape, and cowl, form the basic ensemble that the Caped Crusader just never leaves home without. For that reason, you can usually find plenty of replica models for those items. Problem is, most of them are plastic toys, making you feel more like a two-bit henchman than a billionaire vigilante. That won’t be the case with the new Paragon FX Batman 1989 Modular Utility Grapnel Set.

A detailed replica, it’s built to both look and feel like a real tool out of Batman’s arsenal, so you can feel like you’re a real superhero bent on saving the city from society’s dregs. Whether you want to ascend tall buildings, swing from one vantage point to the next like you’re Spider-Man, or just want a cool way to take down enemies from a distance, this thing will give you the Bat-gadget to do just that. Or something. 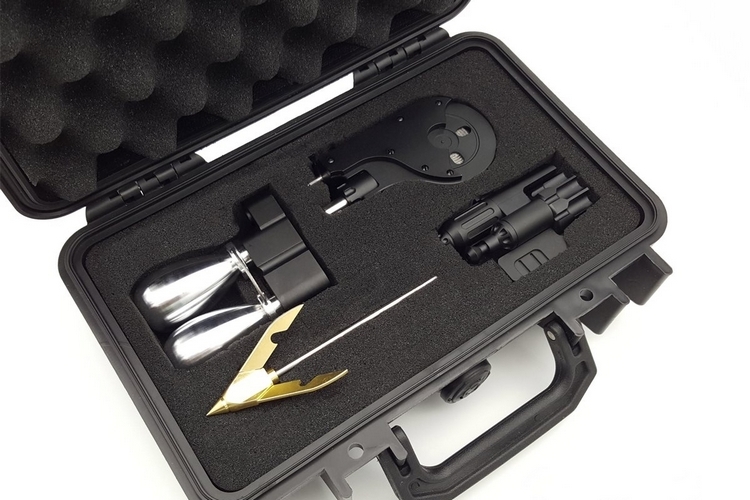 The Paragon FX Batman 1989 Modular Utility Grapnel Set is based on the Caped Crusader’s Grapnel Gun as it appeared in Tim Burton’s Batman movie from 1989. It’s highly detailed, with every line, groove, and curve recreated from the original prop, so it looks exactly like the same gadget seen multiple times in the film.  While there are no listed dimensions for the model, the outfit says it’s 1:1 scale, so it should be around seven inches long (roughly the size of a hand pistol), making it a great size to hold in hand while you run around dressed in a Dark Knight outfit.

Like the movie prop, the replica is modular, as it’s meant to work with multiple gadgets mounted on Batman’s utility belt. Since integrating all of the Grapnel Gun’s functions may be too much, they only included two swappable modules: a standard grappling hook for latching and wrapping around objects; and a bolo cord that you can use to quickly stop enemies running away from a distance. 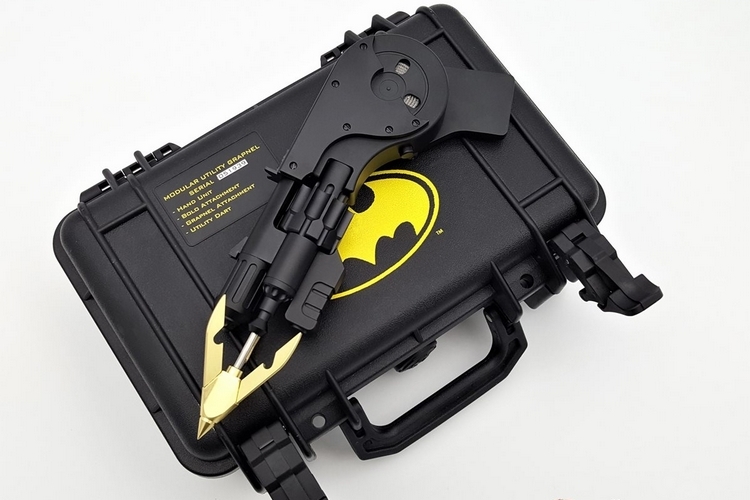 The Paragon FX Batman 1989 Modular Utility Grapnel Set is made from machined anodized aluminum. This goes for all parts of the gadget, by the way, from the main handheld unit and the grapnel attachment to the hook and the bolo cable, so this hand-feel and the weight should create the impression that it’s a legitimate crimefighting tool. 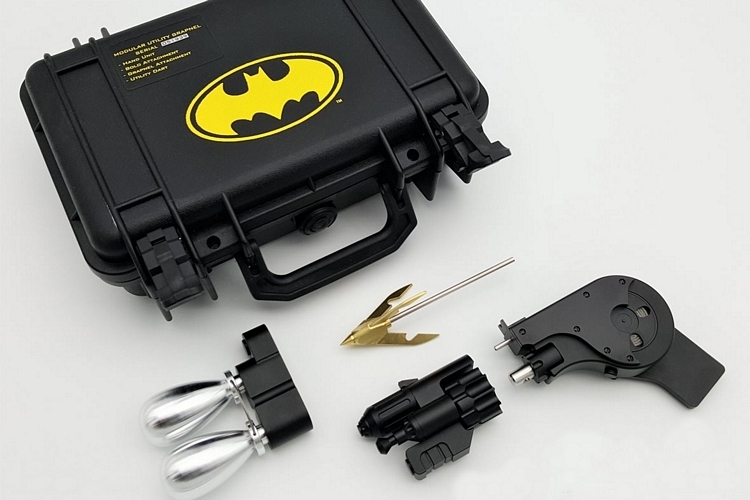 As realistic as it looks and feels, though, this isn’t an actual working Bat gadget (it won’t launch the projectiles), so don’t expect to turn into an actual masked vigilante performing superhero functions around the city using this thing. You can, however, use it to really round out your Batman cosplay, whether you’re attending an event, doing a photoshoot, or just dressing up for your own amusement at home.