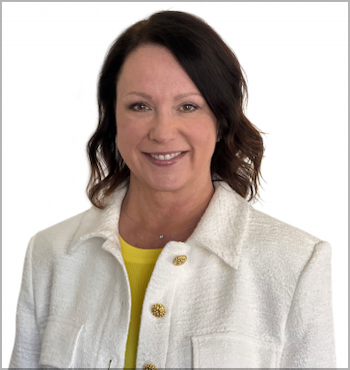 Reynoldsburg, Ohio-based Victoria’s Secret said this week that Rupp is coming to the company as chief customer officer. In the role, she will be charged with creating an omnichannel business, bringing brick-and-mortar store and digital commerce into a seamless shopping experience globally. She also will be accountable for sales and profitability across both channels.

“Chris is a transformational digital leader, with 30 years in the retail field, including deep data and e-commerce expertise,” Victoria’s Secret stated. “Chris joins VS&Co from Albertsons, where she is the chief customer and digital officer and has worked since 2019, dramatically expanding the loyal customer base and e-commerce distribution while improving the speed and cost of delivery. Prior to that, Chris was at Microsoft and Amazon, where she led Fulfillment by Amazon and launched Amazon Prime Day.”

Victoria’s Secret reported the hiring of Rupp (pictured left) on Tuesday in announcing a new corporate leadership structure. No start date was given, but Rupp’s LinkedIn page lists her Albertsons tenure as December 2019 to July 2022.

In an e-mail on Friday, Albertsons declined to comment on Rupp’s exit and a potential successor but referred to an 8-K filing with the Securities and Exchange Commission last month reporting her departure.

“On June 21, 2022, Christine Rupp, executive vice president and chief customer and digital officer of Albertsons Companies Inc., announced that she will be leaving the company effective July 31, 2022,” Albertsons stated in the SEC filing. “Ms. Rupp will stay on as an employee until July 31st to assist with the transition.”

At Albertsons, Rupp was tasked with leading Boise, Idaho-based company’s digital transformation, including the expansion of online grocery services and omnichannel shopping. When announcing her hiring in November 2019, Albertsons said she would oversee the integration and enhancement of the customer experiences across all digital touchpoints, accelerating e-commerce business and deepening customer relationships through loyalty programs, as well as assume responsibility for enterprise data strategy and data science capabilities.

Rupp joined Albertsons from Microsoft Corp., where she most recently had served as general manager of the Xbox Business Engineering team.

“Chris Rupp has already made a profound mark in retail. Customer-focused leaders of her caliber are a rare find in any industry,” Vivek Sankaran, president and CEO of Albertsons, commented at the time on Rupp’s hiring.

Indeed, Rupp brought a mix of retail, e-commerce and business innovation to Albertsons from nearly 30 years of experience in consumer-focused roles. She started her retail career at May Co. and soon after joined Sears, where she spent nearly 10 years in operations and merchandising. In 2005, Rupp took a position as a category manager with Amazon.com, managing the consumer-centric categories of wireless phones, computers and office electronics before being named vice president and general manager of Fulfillment by Amazon services in 2009. In 2014, she was named vice president of Prime, where she played a key role in developing the platform’s marketing, policies and member benefits across several countries.

In addition, Rupp was part of the team that created and launched the first Prime Day in July 2015, which has evolved into one of the world’s largest shopping events. She left Amazon.com in 2016 for Microsoft, where she took on the role of general manager, Microsoft, Windows and Xbox Digital Store Marketing and in April 2018 was promoted to general manager of Xbox Business Engineering.