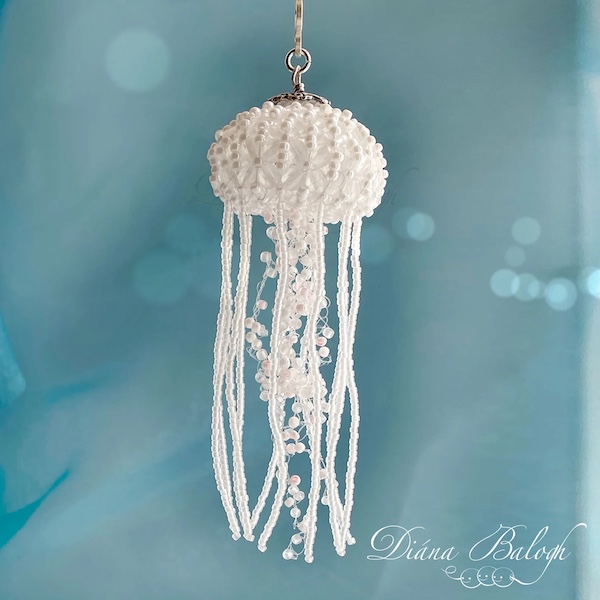 Dead jellyfish are like amorphous blobs on beaches. But they are wonderfully graceful in water with their bell-shaped forms complete with trailing tentacles. So it is no wonder artisans love to use the jellyfish as an inspiration in their designs. 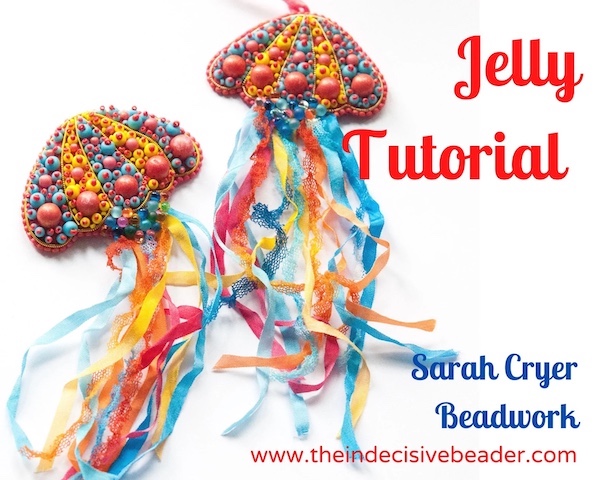 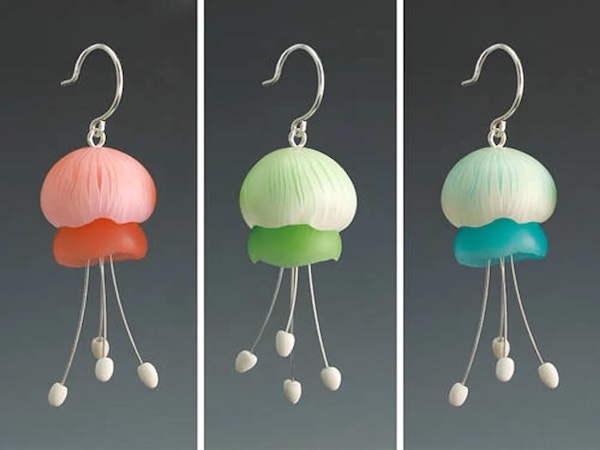 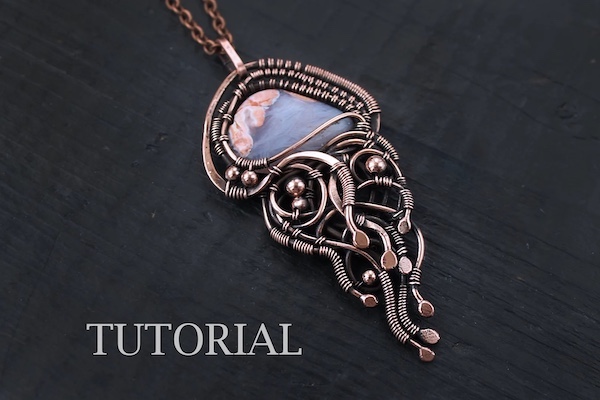 Nadja of ImbaliCrafts is another amazing wire artist and instructor whose work I have featured before. Nadja also combines wire with macrame – very few people do this.

This one is her wire wrapped jellyfish pendant tutorial. 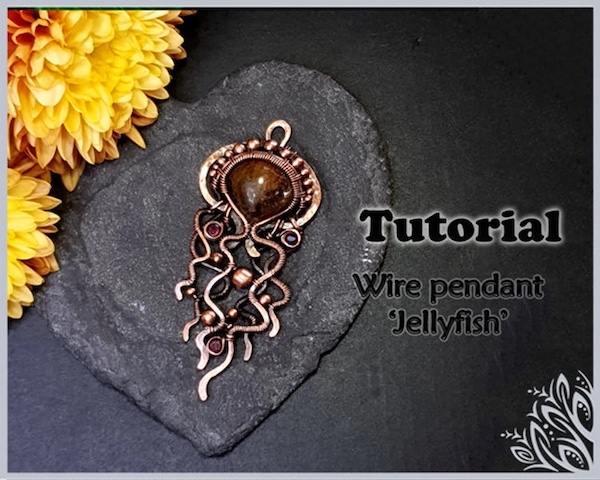 The familiar shape of the jellyfish to us is really just one stage, called the medusa, in its life cycle. This is the adult or sexual stage..  The jellyfish starts off as a floating fertilized egg which then attaches to a rock or sea bottom and transforms into a larval form (planula). This then develops into a polyp which  then buds off immature medusae (ephyrae) which later develop into mature medusa.

One really remarkable jelly fish is the very tiny (0.18 inch) Turritopsis dohrnii originally found in the Mediterranean in the 1880s but now found worldwide.

It’s the only species which is biologically immortal. This jellyfish is capable of reverting to an earlier stage if it is injured or is environmentally threatened i.e. starving. It becomes a tiny blob of tissue which becomes a polyp again. This is akin to a butterfly reverting back to its caterpillar form or a frog back to a tadpole!

So by changing between forms in response to stress or harm, it can live forever.

This form of cell recycling called transdifferentiation intrigues stem cell research scientists as they look for ways to replace cells damaged by disease which may, in the future, include gene therapy and regenerative medicine.

This blog may contain affiliate links. I do receive a small fee for any products purchased through affiliate links. This goes towards the support of this blog and to provide resource information to readers. The opinions expressed are solely my own. They would be the same whether or not I receive any compensation.